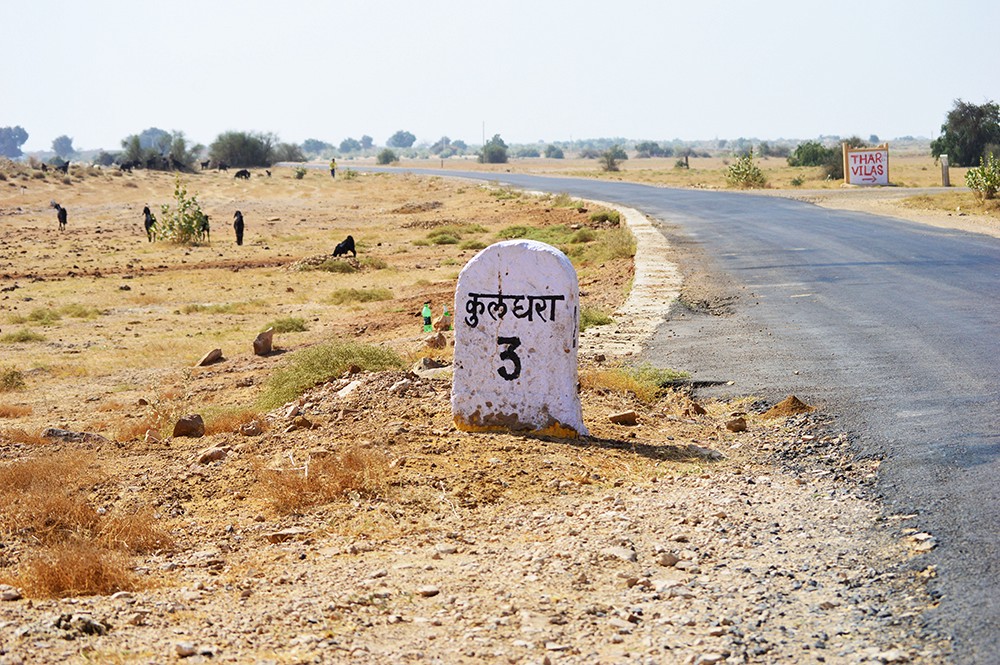 Ghost towns have a certain allure that is distinct from the remains of castles and fortresses, owing to the fact that they allow us to take a peek directly into the lives of the people who previously lived there. Rajasthan, being a desert state, has no shortage of ghost villages, but few have received as much attention as Bhangarh and Kuldhara, may be due to the mythology surrounding them.

Kuldhara is located around 20 kilometres west of the Rajasthani desert town of Jaisalmer. The vegetation is sparse, and the timid wandering goats have most likely devoured the last of it. Kuldhara is deserted, and there is an eerie silence in the air.

When I arrived at the town’s damaged gates just before Holi , the afternoon sun was scorching. Just to give chills to all those in the car, the 82 year old gatekeeper of the abandoned village emerged out of nowhere to issue us tickets to enter the village as it has been developed as a major tourist spot by the Government of Rajasthan in the 2010s. On being asked, he narrated to us the legend of the curse of Kuldhara.

The Paliwal Brahmins lived in Kuldhara some 200 years ago, at a period of powerful monarchs and ministers. During this time, Salim Singh, the Diwan of Jaisalmer, who was infamous for his drunkenness and shady tax-collecting practises, fell in love with the village chief’s lovely daughter. The Diwan was dead set on obtaining the girl, and he warned the locals that if they got in his way, he would tax them heavily. Fearing the Diwan’s wrath, the entire hamlet left in the dead of night, leaving behind their houses and everything they owned. Kuldhara had been deserted by its own people. No one saw the village’s tens of thousands of residents leave.

No one, till date, knows where the Paliwal brahmins went that night. All that is known is that when they left, they cursed the town, claiming that no one would ever be able to dwell in Kuldhara again. Strange paranormal phenomena are also believed to have chased away persons who attempted to stay there at night. Our driver informed us that a wealthy businessman had disbelieved the legend and had begun construction on a five-star hotel on the village grounds. His troops did notice some weird goings-on in the village. When no one was nearby, many of them felt someone tap their shoulder. They witnessed dark shapes and motions, and some spirits even disclosed their names. The hotel, like the rest of the community, is now in ruins. 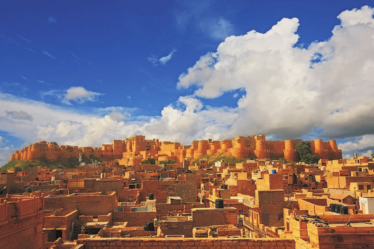 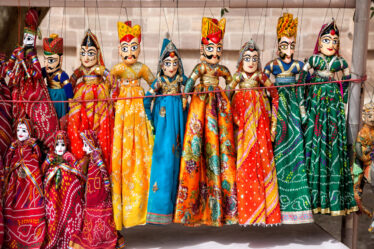