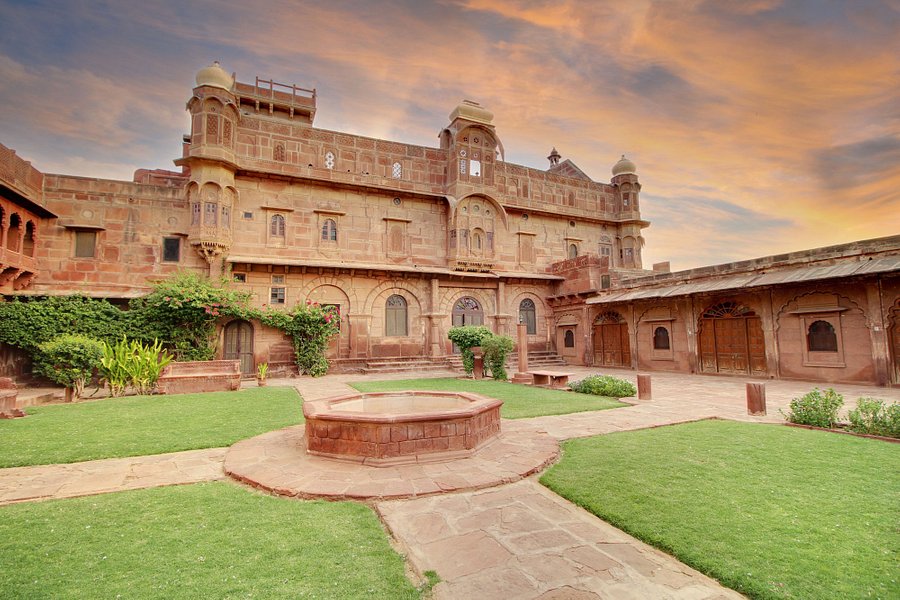 Pokhran, located in India’s largest state, is a little historical town full of major attractions. Pokhran is a settlement and municipality in the Jaisalmer district, located outside of Jaisalmer city. Pokhran actually means “site of five mirages,” as it is surrounded by five large salt rocks. When India conducted a series of nuclear tests here, the destination became well-known. Pokhran witnessed India’s first nuclear test, code-named Operation Smiling Buddha, on May 18, 1974.

The town has a plethora of amazing venues that are both fascinating and entertaining, ensuring that you enjoy the time of your life. The Pokhran Fort, Ramdev Temple, and Pokhran Museum are all spectacular forts, temples, and museums that capture the soul of this location.

Pokhran Fort : The 14th century citadel of Fort Pokhran, commonly known as “Balagarh,” rises in the Thar Desert. This landmark is the most important fort of the Champawats, a Rathores clan from the state of Marwar-Jodhpur. Fort Pokhran is open to the public and is being operated as a heritage hotel by the Pokhran royal family.

Pokhran Museum : Inside the fort complex, there is a small museum. It is known for the royal family’s legacy collection of weaponry, paintings, pottery, and costumes.

Ramdev Temple : Ramdevra Temple, 12 kilometres from Pokhran on the Jodhpur–Jaisalmer route, is dedicated to Rajasthan’s folk deity, Baba Ramdevji. Baba Ramdevji, a 14th-century saint revered by Hindus as the avatar of Lord Krishna and by Muslims as Ramshah Pir, has his everlasting resting place at the shrine.

Ramdevra Fair : In commemoration of Baba Ram Dev, a big yearly fair is held in the village of Ramdevra (Rajasthan). Between the months of August and September, this occurs. Thousands of devotees go in big groups from all over the world to attend the Ramdevra Mela. These worshippers flock the shrine devoted to the saint regardless of their caste, creed, or religious affiliations. To show honour to Baba, these groups organise nightly singing of bhajans and kirtans. 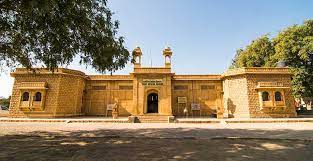 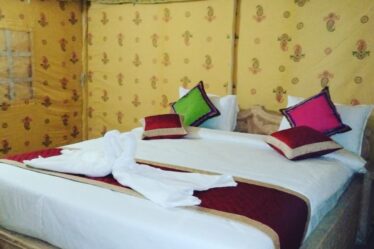